FOX has announced the airdate for the new X-Files episodes. The first episode will air on Sunday, January 24, at 10:00 ET / 7:00 PT after the NFC championship game. The next episode will be the following night, Monday, January 25, at 8:00 (ET/PT), and the remaining four episodes will air in the Monday time slot.

Filming began this last week in Vancouver, and Twitter is all abuzz with photos, (mis?)information, and general excitement. X-Files News has a handy countdown if you want to know how many days (hours, minutes, and seconds) you have left to rewatch the series.

Pull up a seat, turn down the lights, and get ready for some new episodes! 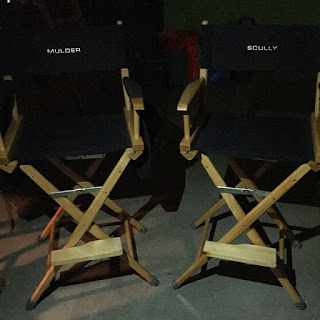 Amy M. Donaldson
Amy M. Donaldson received her PhD in New Testament and Early Christianity from the University of Notre Dame. She works as a freelance editor and resides in the Pacific Northwest.